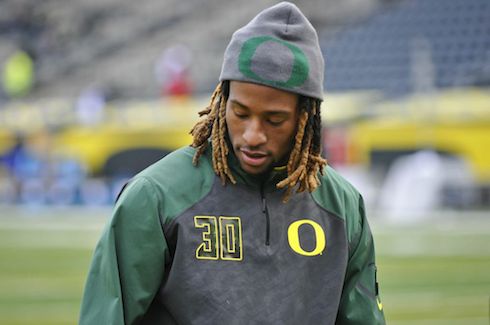 I never imagined I would be a Division 1 collegiate athlete playing football at the University of Oregon. I grew up watching anime and drawing pictures and wanted to move to Japan to make animated movies. In some way I still do. The rose first came into my life during my childhood days. My mother gifted me a drawing from one of her students; a man holding a rose, the font read a rose to a rose.

It's not like I was unfamiliar with athletics, I was on the swim team, played baseball, flag football, basketball. And was in the chess club. I was really active like most kids in the 90s.Growing up in the small town of Blythe, CA caused me to spend a lot of time alone, in my own world and creations.

Whenever I tried engaging most of my peers, especially athletic ones, I was met with force. A fist to the face or gut, and a countless number of  jokes. This was the 90s so bullying and fighting were a thing. You can refer to my manga ‘The Journey’ to see an example of one of these days.

But what to do? Sink or swim, fly or die. I choose to fly.

I was forced to make a decision to let people keep doing as they please to me or become stronger. So I decided to become stronger. At the age of 11 a year after deciding to become an artist who will change the world, I also began training my body.

I would move to Victorville and begin my football career at Silverado. The first test of those years of training.

While I was at Silverado I worked my way up the rank. I went from a guy who didn't know his powers from his tosses or his offensive tackles from his guards, to a high level running back who ran for 1000 yards his senior season and while being the leader in tackles while playing Safety. However, the record will never reflect that because my head coach for reasons I truly do not know, did not like me and refused to record the first game of my senior season.

Regardless of him I managed to make the All- League team in offense and defense. I was a better Free safety than Running Back in my opinion, that's why I was able to find success on the University of Oregon’s special teams. Speaking of Oregon... the day I told my high school staff I planned on walking on, my head coach told me.

“son, you will never make it on to that team” the room was silent, with a stern and furious look in my eyes I said” iight!” and walked out the room. A few months later I would be on the University of Oregon football team as a walk on.

More than all that football for me was another part of my artistry, the physical performance. Football played many roles for me outside of the sport that would give artistic benefits. The main one was time, I knew if I front loaded all of my school work and the demands of society I would have more time in my twenties to develop my mind and art to my liking at my pace and my understanding, so I can truly shine as the artist extraordinaire.

A few months later I would be on the University of Oregon football team as a walk on. A successful gamble that I trained and focused to accomplish, for I have my eyes set on a grand artistic achievement and this football journey is just one part of the whole story, the story of me, Ayele Adika and the adversity I found myself in on the gridiron and how that deepen me as an artist.

No items found.
Product is not available in this quantity.
Back blog

ShopAdika featured Rose collection is a premium handcrafted product created using a multi-layer and mix medium.  The rose is then placed inside a custom built wood frame. Each rose and frame is individually crafted and built by artist Ayele Adika.

What a picture frame shop logo SHOULD look like- ArtHeads Co